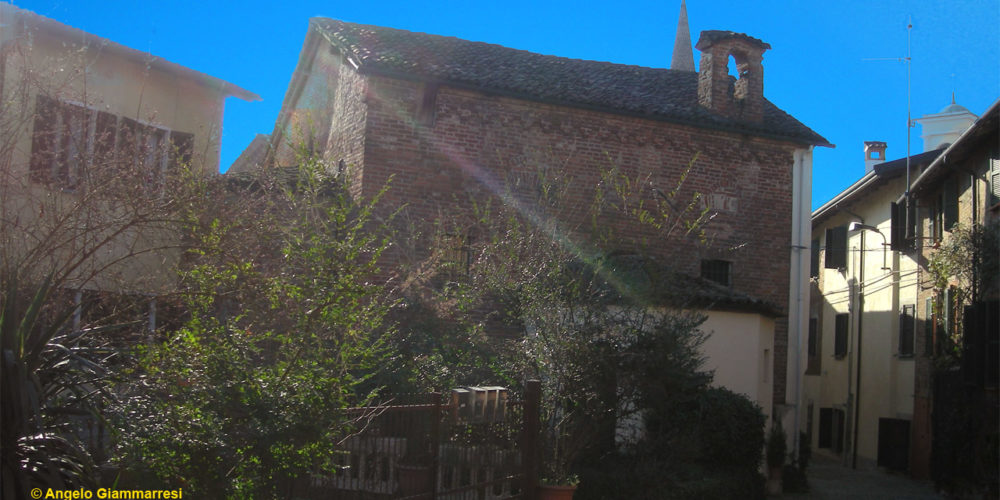 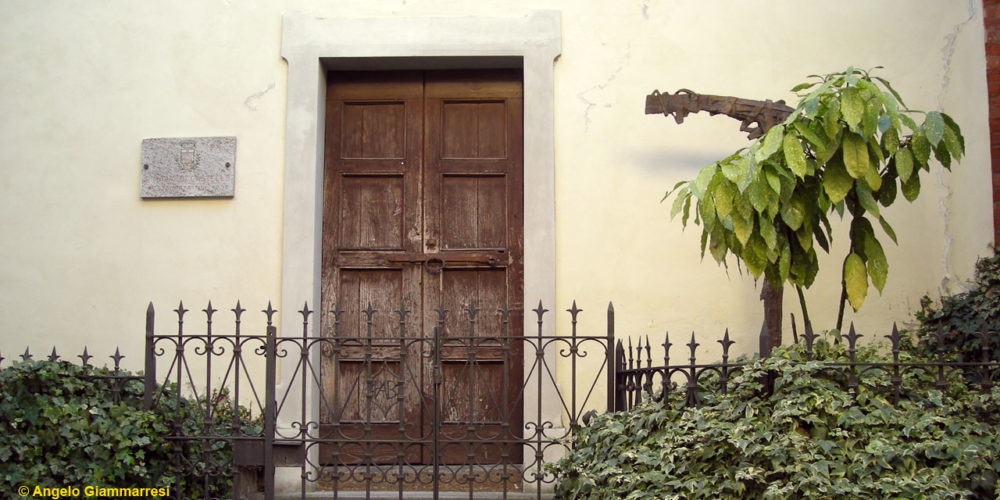 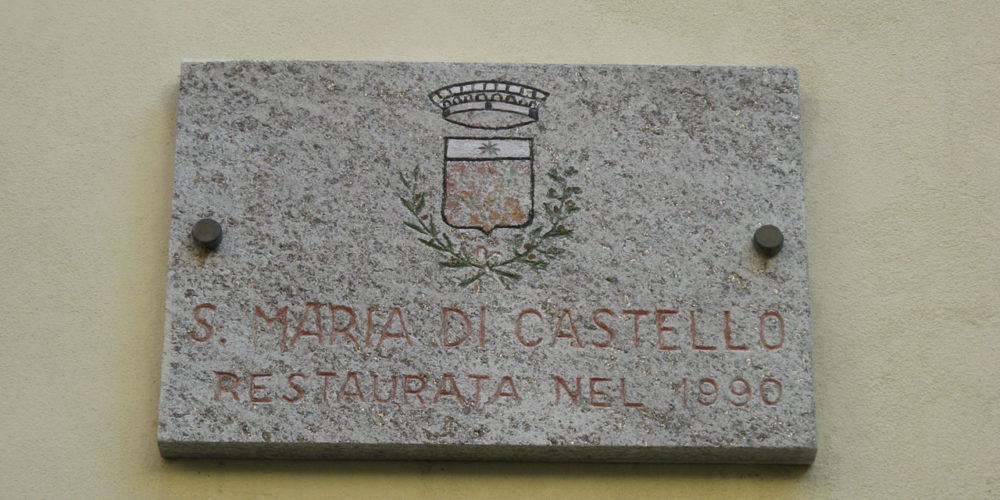 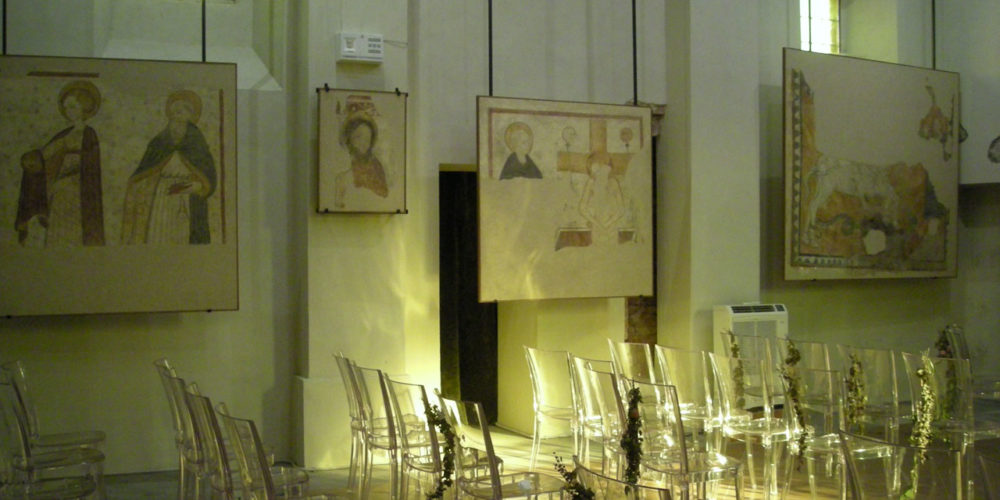 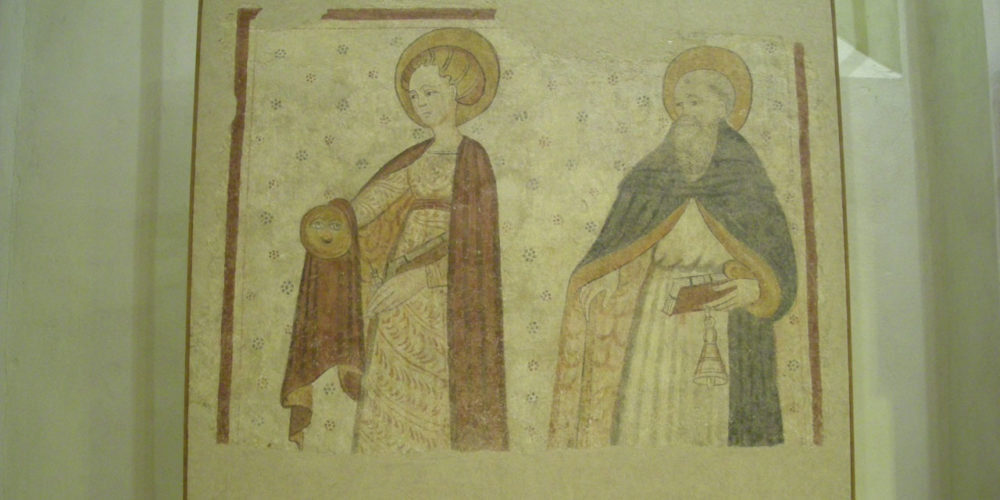 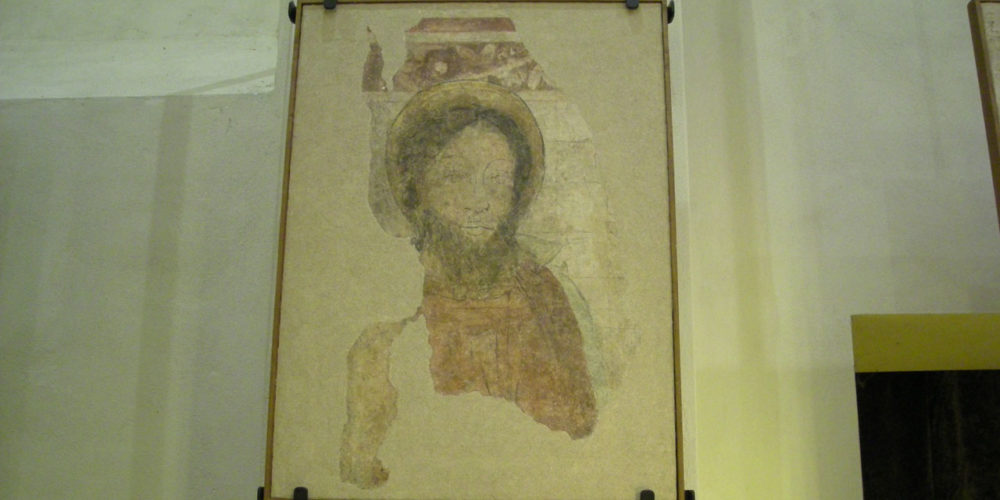 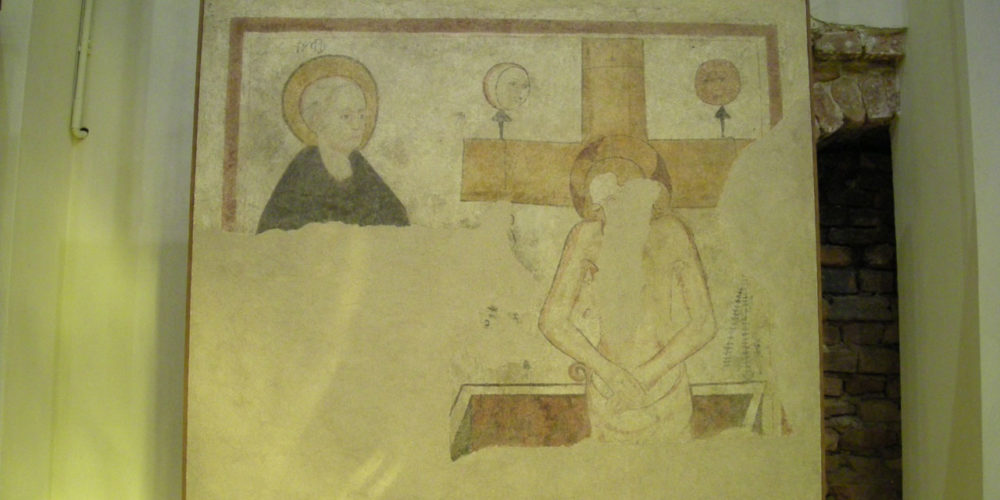 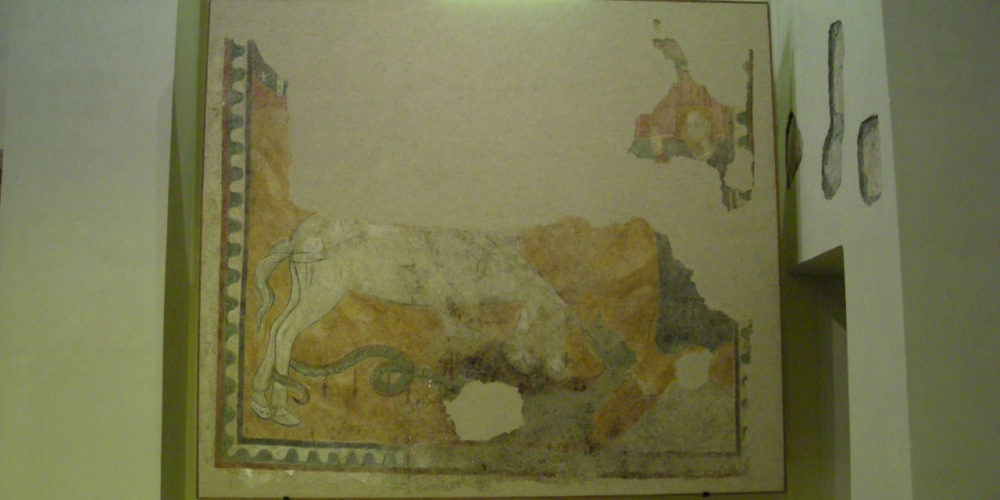 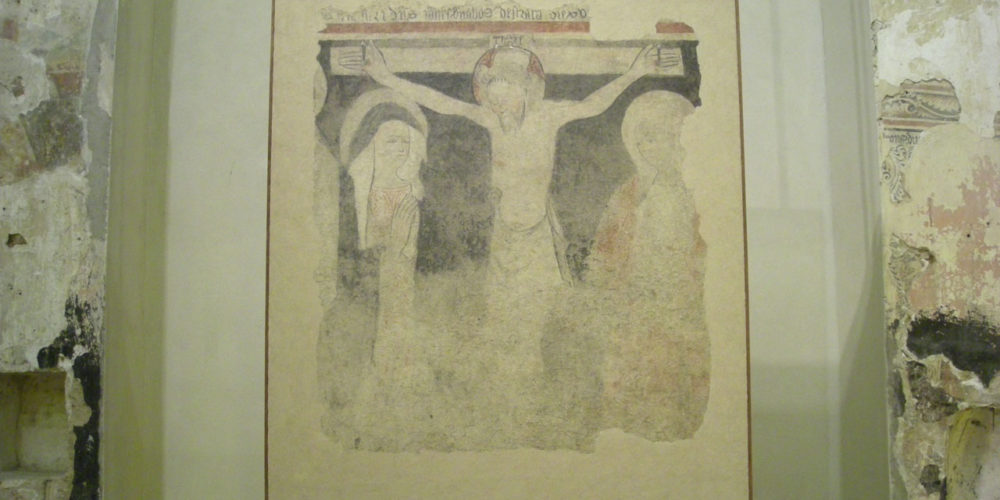 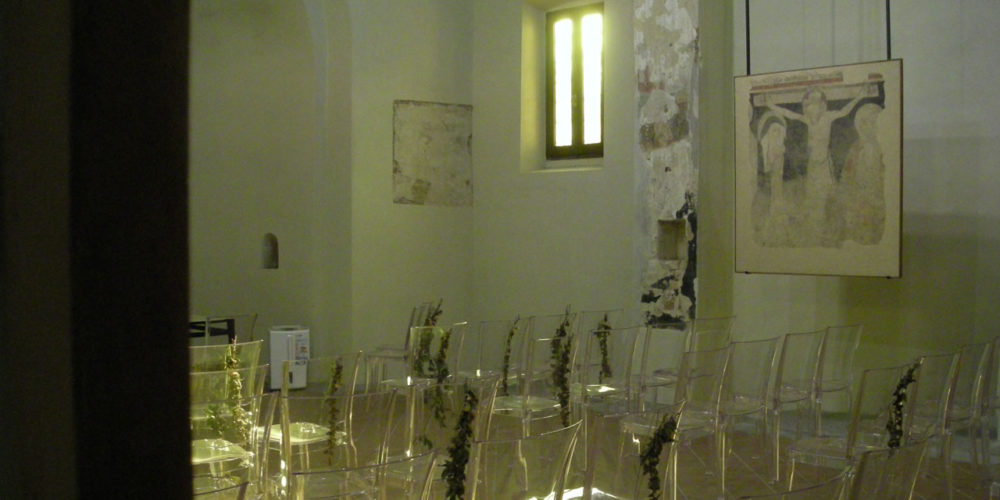 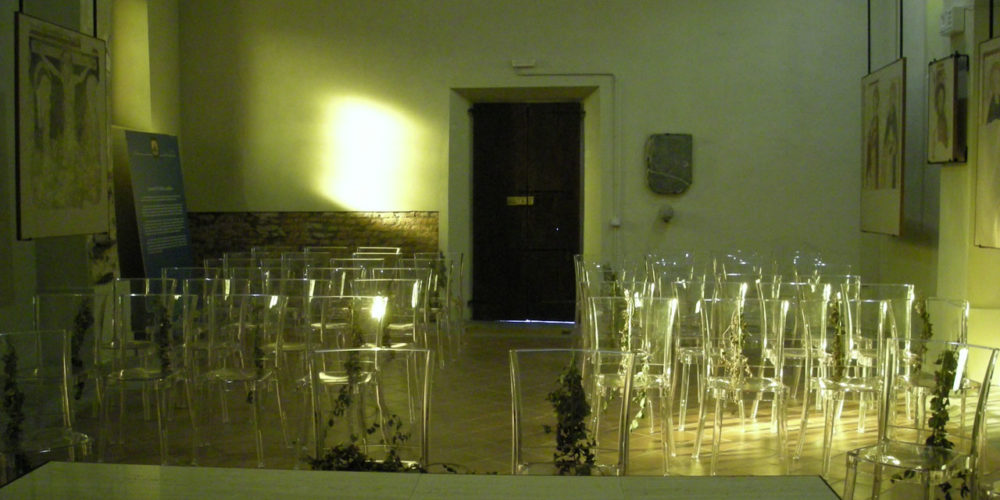 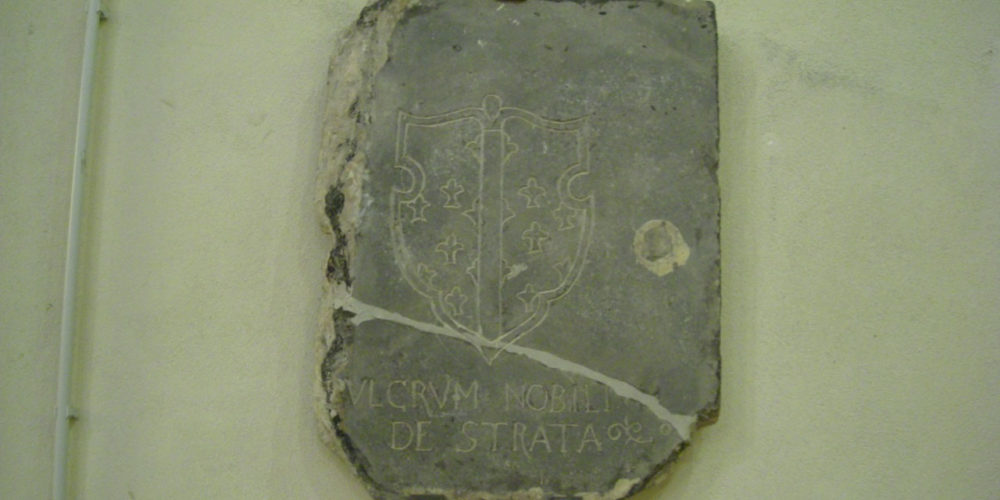 Once the castle chapel of the family Strada, noble originating Pavia, the Church of St. Maria di Castello dating back to the first decades of the 1400s and contains the oldest frescoes of the whole Lomellina. The dating of the frescoes and the church was made possible thanks to a study of the documents of the State Archives Pavia which houses the testament of Giovanni Bernabò Strada, owner of the castle and the church, written in 1451. In his will, the Noble has his burial in St. MARY CASTLE should die in Valle Lomellina, as it had done embellish or San Michele di Pavia if it had occurred in the capital. Inside there are the tears of fresco placed in the original position, depicting from left: St. Lucia and St. Anthony Abbot, a saint not identified, Pietà, St. George and the dragon. On the right side we find a Crucifixion and the words “…fecit fieri d[omi]n[u]s Io[han]nes B[er]nabos de Strata die 6…” and confirming the thesis that the frescoes were were made at the behest of Giovanni Bernabò Strada before 1451. Today deconsecrated, the church can be visited by contacting Marco Feccia, head of the Public Library.
Back to the Map
© 2023 – Angelo Giammarresi 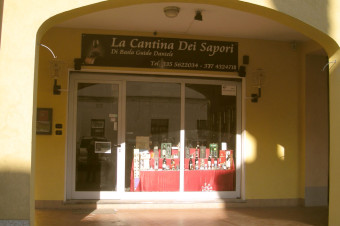 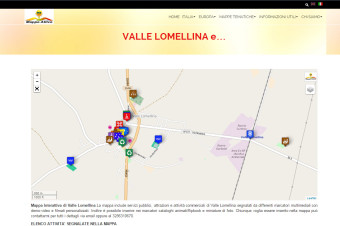 Interactive Map of Valle Lomellina - The above map include public services, attractions and activities... Read More 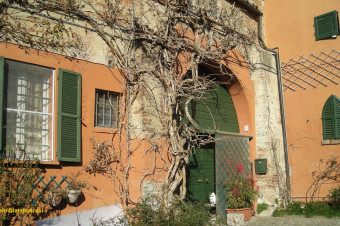 Walk to Via castle is reached before a green door with pointed arch surrounded by... Read More 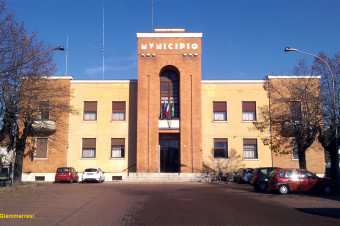